Some differences between web design and graphic design 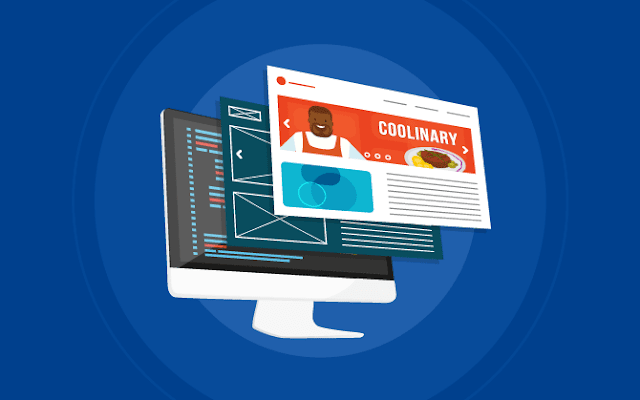 1. Web design is a dynamic environment

Comparing web design and graphic design is like comparing the well-known iPad to a painting hanging in a museum. Both things show beautiful visuals, but one (iPad) is interactive - you can touch, zoom out, and the other (a painting in a museum) can take you to a guard if you touch him (paintings)

Graphic design has its origins in the print industry. Whether it's a magazine layout or a children's book. All printed materials are generally less interactive than their digital counterparts. But they also rely on artistic assemblies of images, text, and other graphics to tell a story or convey a message. There should be logic and navigation through printed materials (table of contents of a book, magazine) and the like.

Web design, while similar to visual design, focuses on interaction. That is, what people can interact with - participate - and not just consume.

A web designer can work with a graphic designer to visually sharpen individual elements, such as illustrations and graphics, but the web designer then connects all of these elements together to create a complete interactive design that is fun to interact with and usable.

Web designers need to make sure that users have interest and can achieve their goals on the site. They understand how navigation elements, call-to-action buttons, and other interactive elements guide, influence, and improve the user's journey.

Many people think that the problem with website design is that the design (UI) is not pretty. But this is not the case. In a sense, graphic designers, like web designers, are interested in user experience UX. But they are not so worried about the user interface, that is, how the user behaves on the site. Even the terms themselves (see above) for audience in each discipline suggest this distinction - graphic design professionals usually mean “viewers” ​​rather than “users”.

Web design professionals tend to be UI and UX designers all rolled into one, but how often have you met such professionals?

Graphic designers have the same skills as web designers. They both know typography, color palettes, composition rules, and layouts. But web designers pay attention to how these elements affect interactivity and usability.

IxPixar could populate their site with animation (award-winning) at full resolution, but they keep it minimal for fast loading.

Web designers for beautiful ideas and aesthetics, but also for optimization.

Images, moving graphics, animations, and other graphical elements should look good and be small enough to load quickly on all devices. Long load times lead to poor interactions with site users and high bounce rates.

A graphic designer only cares about file size when they try to place this huge banner ad in the trunk or backseat of their car.

Graphic designers can use almost any typeface without worrying about how it will appear in the final result. Anyone will do for printing.

Web designers, however, need to consider how text will be displayed on different screens and in different browsers.

Fortunately, adding the @ font-face rule to CSS allows you to expand your choice of fonts. And applications such as Adobe Typekit and Google Fonts give web designers a broader typography palette for creativity.

4. Web designers think about wide application of their design

Often, graphic designers work on a specific assignment - they create a project that is only one specific device.

Web designers must work to create a design that fits every device, regardless of size or shape, without having to redesign the design.

Look at how many sites on the Internet are not adapted for a mobile device. And this is the loss of potential visitors and customers.

Web designers need to consider scale. Typography, images, and other visuals are enlarged or shrunk based on screen size. The goal is for all of these elements to be readable and provide a usable experience on any device.

Web designers are not limited to canvas size, but they need to consider all the possible ways a site is displayed. Good, thoughtful web designers adapt the core design to provide a consistent user experience. 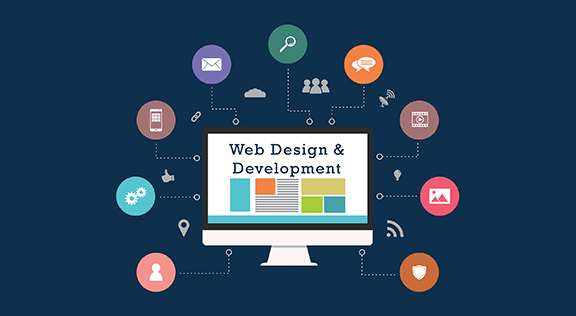 5. Web designers are always at work

A website is something living that is constantly changing.

Calls to action and content can be rewritten as needed, products added to ecommerce sites, and navigation can be updated to increase conversions.

When a graphic designer finishes a project, it is usually the end of his job. But the web designer's job never ends.

Like an architect, web designers must predict how a website might grow and take into account the space for change. And they need to remember that the people who commissioned the project may not have web design skills, but may make changes themselves in the future.

While a graphic designer focuses on creativity, a web designer is concerned with how all parts of a design function together as a system.

Graphic designers are artists. This lovely set of Ryan Putnam avatars made for Comcast is creative and detailed.

6. Web designers have constant interaction with the audience.

The site is all about traffic and repeat visits. It is a platform that interacts with the audience. If something is wrong, someone will definitely notice it - and say about it.

When something on a site doesn't work as it should, or when users hate design, web designers know it!

The Internet is a network for opinions and feedback. We just read the comments to any article and everything becomes clear.

Take, for example, a billboard: of course, the slogan may not like it, and the color scheme may be stupid, but very few people will call the agency and say: "I don't like this banner!" The man in the air expressed his dissatisfaction and that's it ... This is where it ends (Well, usually.)

Web designers can get feedback on the successes and failures of their designs using Google Analytics . Part of a web designer's job is to look at analytics and think about the actions they can take to improve performance. Bounce rates, keyword clicks, and trending content are just some of the data a web designer can use to figure out what works and what doesn't.

Good communication skills are essential, whether you are a web or graphic designer.

Each project has its own set of specific actions.

Ask the right questions, keep feedback. After all, more than one person is involved in the creation of the site. This will help any project run more smoothly.

A web designer often works with a developer or even a development team that translates the design into functional code. Both you and the front-end developers must understand the design, all its subtleties and the end result to which you are going.

Website designers and web developers need to have clear communication at every stage to make sure the design is in line with the goals.

And so that it does not work, as in the children's game "Broken Phone" - the vision of a web designer changes as design turns into code.

Graphic designers are the one artist behind their work. They are alone in the realization of a creative idea.

Web designers provide wireframes and prototypes to developers to transform into functional code. With so many hands on a project, it's easy to lose focus on the original design goals.

Therefore, only close interaction of all specialists will lead to success.

Let's not forget to remind in this article about Web-flow , which helps a web designer create designs and generate clean code at the same time.

Web design and graphic design is all VISUAL. And now there are many courses that "prepare" UI / UX designers at once in one bottle. It seems to me that each person should be good in one discipline.